Pluto is situated in a region known as the Kuiper Belt, a band that sits approximately 30-50 AU’s (astronomical units – the distance from Earth to the Sun) from the Sun in a ring shape that encompasses the 8 planets. 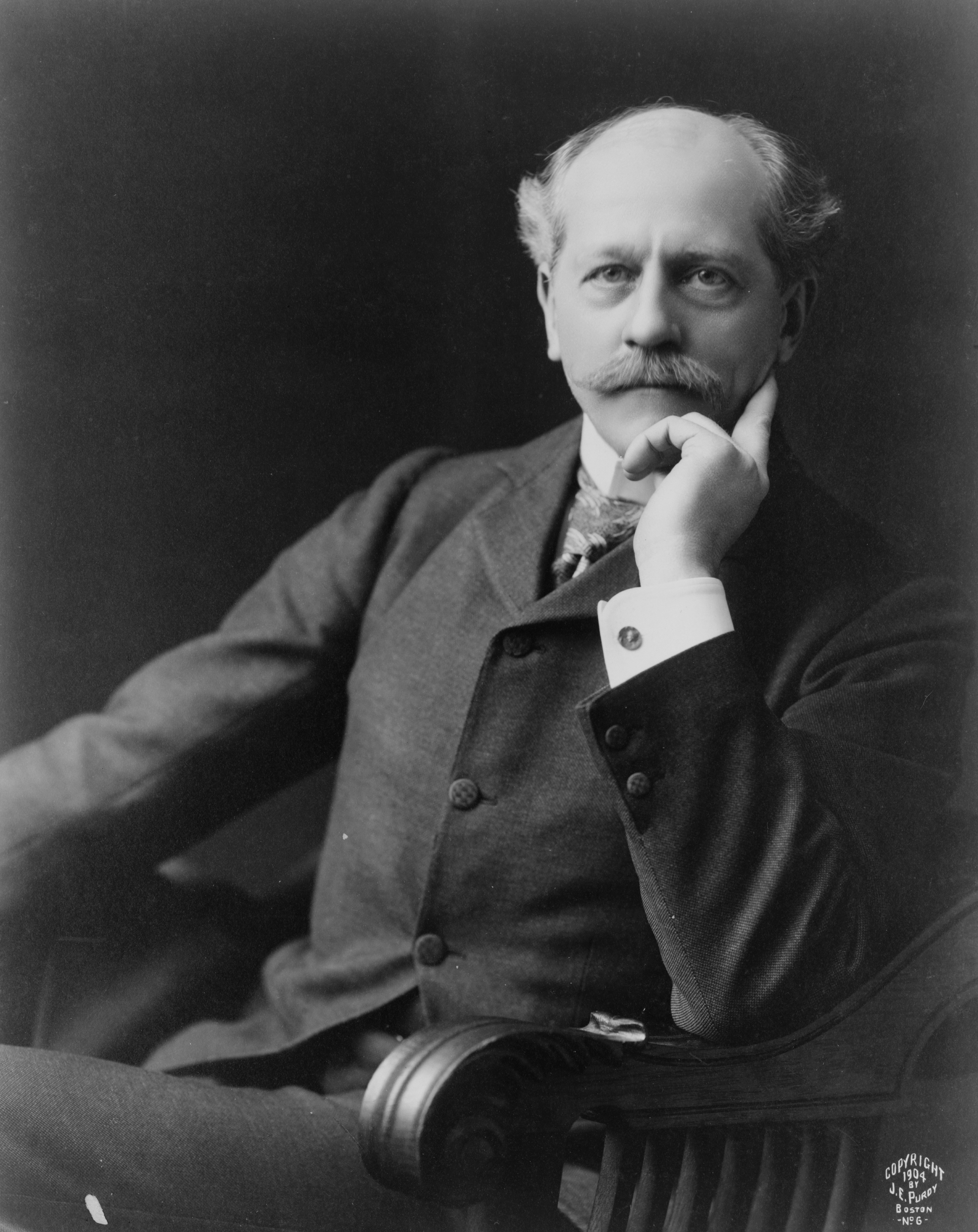 Early in the 20th century an American astronomer by the name of Percival Lowell found that a large body was affecting the orbits of the planets Neptune and Uranus (known to astronomers as perturbation). He posited that this was due to another planet further out which he named ‘Planet X’. In 1905 he began his search but due in part to the power of his telescope he was unable to find ‘Planet X’ before his death in 1916. The image on the left is of Percival Lowell taken in 1901 and is in the public domain.

Photo of Clyde Tombaugh Shortly After his discovery of Pluto

Percival Lowell had founded an observatory (the Lowell Observatory in Flagstaff, Arizona) in 1894 from where he first started to draw the ‘channels’ of Mars and later search for ‘Planet X’. In 1929 the observatory had a more powerful 13 inch telescope built for the sole purpose of completing Lowell’s work and finding his ninth planet. A young observer by the name of Clyde W. Tombaugh set to work and it took him a year to find a suspect on the 18th of February, 1930. One month later he had confirmed his suspicion and found the illusive ‘planet’.

The discovery was made public to coincide with the 75th anniversary of Lowell’s birth on the 13th of March 1930. On the 14th of March the story was being read around the breakfast table in Oxford, England to a young 11-year-old girl called Venetia Burney by her granddad. They were discussing possible names and due to Venetia’s current interest in Roman and Greek gods as well as an understanding of the planets and their distance from the Sun, she suggested Pluto. This was because Pluto was the god of the underworld, who could make himself invisible and lived where sunlight didn’t reach. Venetia’s granddad was Falconer Madan, a retired head librarian from Oxford University and friend of the professor of astronomy there, Herbert Hall Turner.

Both the Royal Astronomical Society (RAS) and the Lowell observatory were holding meetings trying to decide on an appropriate name for the planet. Herbert Hall Turner was at one such meeting at the (RAS) and when his friend told him of his granddaughter’s suggestion he passed it on to the Lowell Observatory. They loved the name, not only because of the relevance to the planets characteristics but also because the first two letters were the initials of their founder, Percival Lowell. And this is how Pluto was named.

Pluto is very distant and due to its size it is generally hard to observe. Thankfully it has a very elliptical orbit, so during its 248 ‘Earth year’ orbit it is actually closer to the Sun than Neptune. This period gives astronomers the opportunity to view Pluto and find out more about it.

Pluto is an icy planetoid which is only 1,400 miles (2,300 kilometres) wide, the distance between Birmingham and Kiev and slightly smaller than our moon. It is believed to have a rocky core with an icy mantle made up in part by H2O as well as nitrogen and methane; the two chemicals that makes up its atmosphere.

On the 14th of July 2015 The NASA probe New Horizons made a fly-by of Pluto giving Earth the first detailed view of the planet. The short video below, taken by the probe, shows the diverse geology of the planet with its craters, mountains and glacial areas.

NASA’s New Horizons probe continued through the Kuiper Belt and will eventually leave our solar system. It carries with it some of the ashes of Pluto’s discoverer, Clyde Tombaugh, who requested when he died that his ashes be sent into space.

Charon is Pluto’s largest moon which is about half the size of Pluto. It was discovered in 1978 and named after the ferry man of Hades that took souls across the river Styx. It orbits Pluto very closely, at about 19,640 kilometres (12,200 miles). It takes Charon 6.4 ‘Earth days’ to orbit Pluto which is one plutonian day. This creates the same effect that we have on Earth with our own moon known as tidal locking. As Charon spins it orbits Pluto at the same ratio meaning that the same side always faces the planet. This is a common phenomenon throughout our solar system.

Nix One of the two moons discovered in 2005 (along with Hydra). Its name comes from Nyx, goddess of the night and mother of Charon. The name Nyx was already used for an asteroid so the Egyptian equivalent was used.

Hydra was discovered in 2005 and named after a mythological nine-headed serpent with poisonous blood that lived at the entrance to Hades.

Kerberos Its discovery was announced on the 20th of July, 2011 and it was found using the Hubble telescope on the 28th of June, 2011. The name comes from the mythological three-headed dog that guarded the entrance to Hades.

Styx is a small moon discovered using the Hubble telescope over a two week period. Its discovery was announced on the 11th of July 2012 and it was named after the mythological river required to cross to enter Hades.

Pluto lies in a region known as the Kuiper Belt, a band that sits approximately 30-50 AU’s (astronomical units – the distance from Earth to the Sun) from the Sun in a ring shape that encompasses the 8 planets. This region contains many icy planetoid objects similar to Pluto known as short period comets (‘short-period’ because they take less than 200 years to orbit the Sun). Pluto was thought to be larger than the other objects within the Kuiper Belt and as it also had moons it was classified as a planet.

However in 2005 at the Palomar Observatory (California, USA) the discovery of a larger object named Eris, which also has a moon, led scientist to re-evaluate Pluto and define once and for all what defines a planet. On the 24th of August, 2006 the International Astronomical Union (IAU) defined dwarf planets as celestial bodies that are in direct orbit of the Sun (so not planetary satellites) that are massive enough for their gravity to control/alter their shape (rounded by their gravity) but not enough to clear objects within their orbital region (as planets have). This definition placed Eris and smaller planetoid Pluto as dwarf planets. Since the discovery of Eris in 2005 several other dwarf planets have been found in the Kuiper Belt (including Ceres, Haumea, and Makemake) and it is thought that there may be hundreds or even thousands of these dwarf planets still waiting to be discovered.

Pluto is in a region known as the Kuiper Belt. A region of the solar system situated just beyond the orbit of Neptune. The Kuiper Belt is full of relatively small bodies of varying size and shape and includes some Dwarf Planets such as Pluto. It stretches from about 30 Astronomical Units or AU’s to around 50 AU’s (one AU is the average distance of Earth from the Sun).