Nuclear reactions are reactions that change the nucleus of atoms and are caused by special circumstances, such as Nuclear Fusion or Nuclear Fission.

What are Nuclear Reactions?

Forces that Hold Atoms Together

What are Nuclear Reactions? 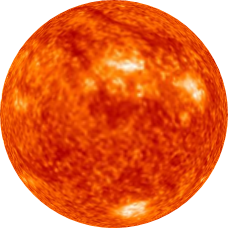 Nuclear fusion currently only occurs in the unique setting of stars. It is the fusion of atomic nuclei that produces the energy that powers the star (and therefore life on earth). Although it does occur naturally, extreme temperature and pressure are required to begin the process of nuclear fusion.

Under the immense gravity of the star the state of the hydrogen changes from gas to plasma and at about 10 million degrees centigrade the process of nuclear fusion can begin. Individual protons combine, with some converting to neutrons, making deuterium, helium and more massive elements. With each fusion of nuclei into more massive elements mass is lost due to binding energy and this loss of mass becomes energy which helps sustain the process and power the star.

The energy produced from nuclear fusion is four times more powerful than that produced in nuclear fission and about 4 million times greater than any chemical reaction. Fusion also produces no harmful waste products and this is why every major power in the world is attempting to create a nuclear fusion reaction, currently without success.

Nuclear fission is the process of an atomic nucleus being split into two smaller nuclei. Unlike Radioactive decay, which is spontaneous and not considered a nuclear reaction, nuclear fission must be initiated by neutrons.

Neutrons are propelled towards a nucleus of uranium-235 which splits, into two smaller nuclei and releases more neutrons. If one of these neutrons hits another uranium-235 nucleus then the process repeats and a chain reaction begins. Each time a nucleus splits into smaller nuclei energy is released due to an increase in bonding energy. Nuclear fission creates about a million times more energy gained from chemical reactions but about a quarter of that gained from nuclear fusion.

Nuclear fission is more environmentally friendly than most chemical reactions because it doesn’t release any harmful gas. It does however produce nuclear waste which has a very long half-life – plutonium 239 for example has a half-life of 24,000 years – so safe disposal of this waste is a serious issue.

Forces that Hold Atoms Together

Atoms are held together by two fundamental forces. Electromagnetic force holds electrons to the nucleus. This is due to the electrons having negative force and the protons of the nucleus having positive charge – just like opposite poles of magnets. But, just as with magnets, the electromagnetic force causes particles with the same charge to repel each other and the closer they become the stronger the repulsive force. In fact if the distance between the two particles halves then the repulsive force created by the electromagnetic force quadruples. This should mean that the positive charge of the protons would prevent the nucleus from forming but there is another force acting on the nucleons.

The other fundamental force is the Strong Nuclear force which binds the nucleons together. This is, as its name suggests, the strongest of all the fundamental forces by far but it only works on very short distances. In fact the nucleons have to be slightly overlapping before the strong force can take affect (neutrons and protons don’t have a defined edge but instead – like the earth’s atmosphere – it gradually fades in).

With the exception of hydrogen – which only contains a proton in its nucleus – all the elements are less massive than the mass of their constituent parts. For example helium contains four nucleon, 2 protons and 2 neutrons, in its nucleus. If you had added the mass of the individual nucleons together they would have more mass than a helium nucleus. So where has the mass gone? The missing mass has become the energy required to hold the nucleus together (the strong nuclear force) and this energy is known as the binding energy.